It seems like there will be major shakeups in the cast of The Real Housewives of Beverly Hills. There’s one name going around that has people talking— Abby Lee Miller. Here’s why they think that she could be the next housewife. 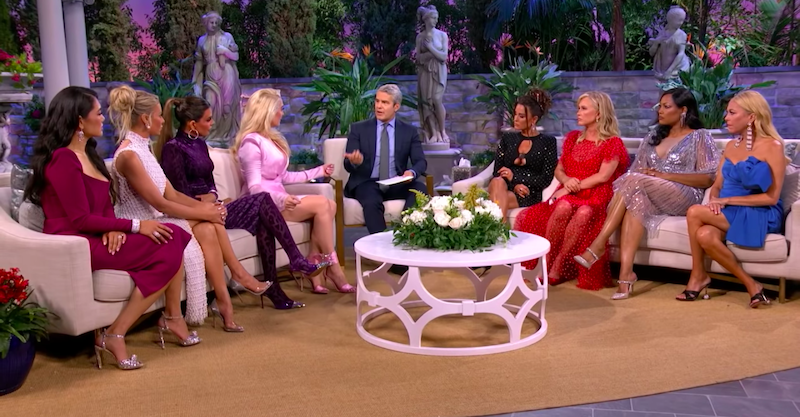 A source online claimed that Abby Lee Miller is “in talks” to join The Real Housewives of Beverly Hills.

People were understandably shocked, but it does seem like there might be room on the cast next season. We might be saying goodbye to some familiar faces as well as new additions.

When asked if she would be back for RHOBH, Kyle Richards was not sure about her answer.

“I always say, ‘I don’t know,’ and each season I think, ‘Well maybe I can do one more,'” Kyle spilled to E! News. “And sometimes I’m just like, ‘How can I keep doing this?’ especially when I get really upset, like this last season when we ended.”

The 53-year-old shared that when the season ended, she was sure it was the end of her time on RHOBH.

But as of now she’s still taking time to “digest” her return.

While Kyle is on the fence about returning to the show, many fans believe that Bravo needs to fire one of the newest housewives.

Diana Jenkins has come under fire for racist comments on the Internet.

On June 17, an account under the user @philly.diva on Instagram shared a before and after comparison of Diana titled “My mind can’t comprehend that this is the same woman.”

In their caption, the user made a joke about the transformation in the images.

The newest face of RHOBH initially responded to the photo by defending herself and explaining why her appearance seemed to change drastically over the years, even accusing the account owner of “bulls**t shopping.”

The exchange kept going with a response from @philly.diva, but Diana took it way too far when she returned to the post to leave an extremely insensitive and racist comment towards the user.

“It can’t feel good being a Black content creator,” she wrote. Fans were immediately running to social media, not letting Diana get away with that comment in any way. Some called for the 49-year-old to be taken off the show.

@TheBravoLife_ on Twitter shared a screenshot of the Instagram exchange explaining what happened. They followed their post stating, “Idc if people think it’s too soon, this woman needs to be a one season housewife. Her spirit is way off. #RHOBH.”

They then added to their thread, “Bearing in mind this is the same woman who said Sutton is ‘clumsy with her words’ the irony is unreal.”