Teen Mom OG star Amber Portwood had a pretty intense last year. From her domestic abuse court cases to finding a new man, it’s been a wild ride for everyone involved.

Although it’s pretty hard for most viewers to have too much sympathy for a domestic abuser, apparently MTV is trying to give Amber the good edit. That means they spent much of last season showing off her relationship with her new man, who is unsurprisingly shady. The couple recently split, but now Amber is turning her attention toward her baby daddy, Gary Shirley.

She is accusing Gary of cheating on his wife, Kristina, and claims he is a “two-faced liar.” 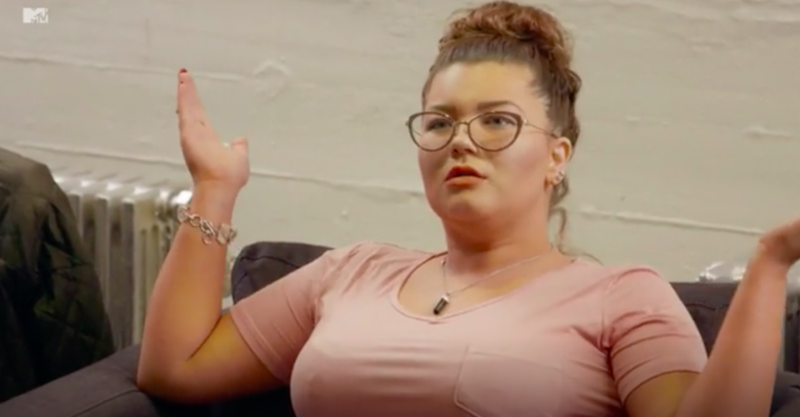 So far, Amber Portwood has had bad luck when it comes to her baby daddies. Or maybe we should call it good luck? For what it’s worth, these men are the primary caregivers for her children, so we need to give them that.

She is currently involved in a court battle with Andrew Glennon, the father of her 2-year-old James, over custody issues.

But now, Amber is more focused on her OG baby daddy, Gary Shirley.

She took her anger to social media and made so many inflammatory remarks we don’t know where to start.

Over the weekend, she called Gary and his wife, Kristina, two-faced liars, and she decided to double down on her claims on Instagram.

Gary later admitted that he and his wife had to take a step back from their relationship with Amber. He apologized to Kristina for having to deal with his ex and is happy she stayed with him and his daughter despite the drama.

But apparently, that wasn’t enough for Amber, and later she accused Gary of cheating, which was allegedly witnessed by a Teen Mom OG producer.

“Homewreckers? OK, you know what? Gary, if you and Kristina are so happy, then why don’t you tell her about how many times you had called me up and talked about sexual encounters that we used to have,” Amber said online. “How many times did you sit there and say, ‘Oh, you’re missing big daddy?’”

So not only is she accusing Gary of cheating…but she’s accusing him of cheating WITH her!

TBH it sounds like she’s taking a page out of Kailyn Lowry’s playbook, but there’s more…

“I mean, there’s even an incident where I was super, super sad, you’re the one who sat on the couch, grabbed me, laid down and forced me to lay down on you, put your arm around my waist underneath my boobs and started rubbing on my head,” Amber continued. “The producer knew about that – the old producer, because this was before – he walked in on it, and then he walked out because he left his coat.”

She then called Gary and Kristina “gross” and “cheaters.”

“I’m done with this bull crap,” she said. “Don’t tell Kristina’ so uncomfortable after. I would never do anything inappropriate guys. I’m happy!”