We need another tell-all!

Every day, we get closer to figuring out just what on Earth is going on between Caitlyn Jenner and her close gal pal, Sophia Hutchins. The pair have been all but inseparable lately, leaving fans of the former Keeping Up with the Kardashians star with the same thought: Are they just friends, or is there something more between them?

Luckily is seems that we may have a hint on what the answer is to at least one of those questions. Aspiring model Sophia has actively been using Instagram to share photos of her life, and it seems like she may have let more slip than she had intended recently. 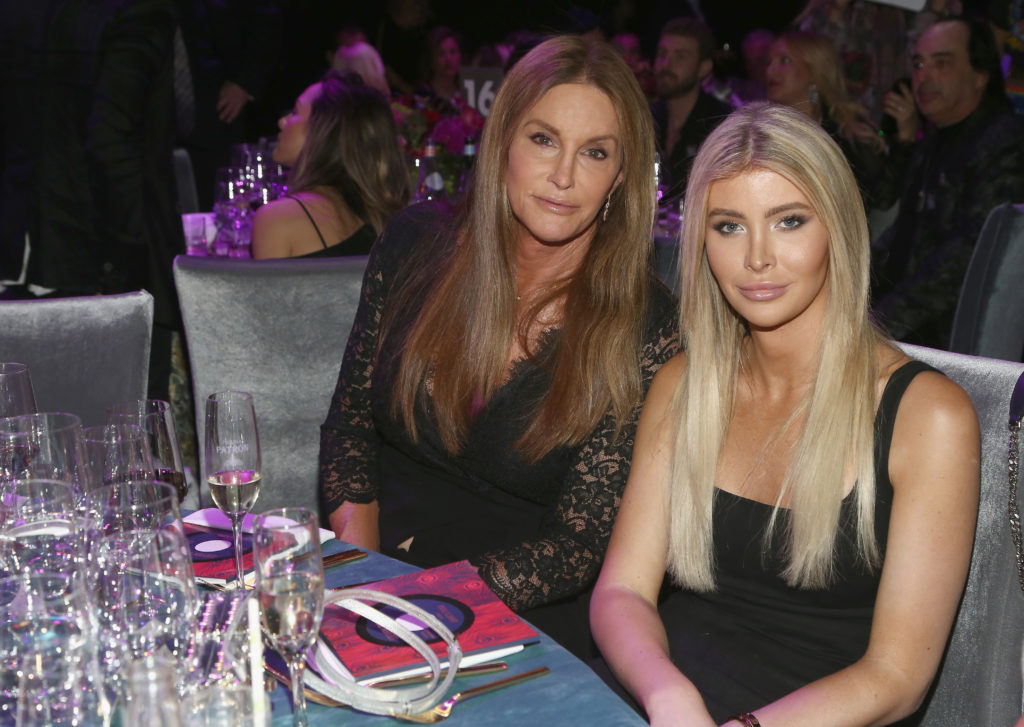 Just who is Sophia Hutchins?

The 21-year-old is over 40 years younger that Caitlyn Jenner, whom she is often photographed with. While not much is officially known about the nature of their relationship, the Pepperdine University student recently shared a selfie that may be more revealing then she had intended.

Sophia, who started her transition to womanhood in her teens after being inspired by Caitlyn’s decision, posted a photo on her Instagram laying in bed. She captioned the shot, “Home. Sweet. Home. Happy. Joyful. Peaceful.” She even tossed in some heart emojis, in case her followers weren’t getting the point.

Though the post seemed innocent enough, eagled-eyed fans — or just those who are just super incredible at remembering bed headboards — quickly recognized the backdrop for her photo to be the exact same one from Caitlyn’s Malibu home.

So does this mean they’re more than friends? After all, a “friend” isn’t necessarily one who calls your own bed their “home.” 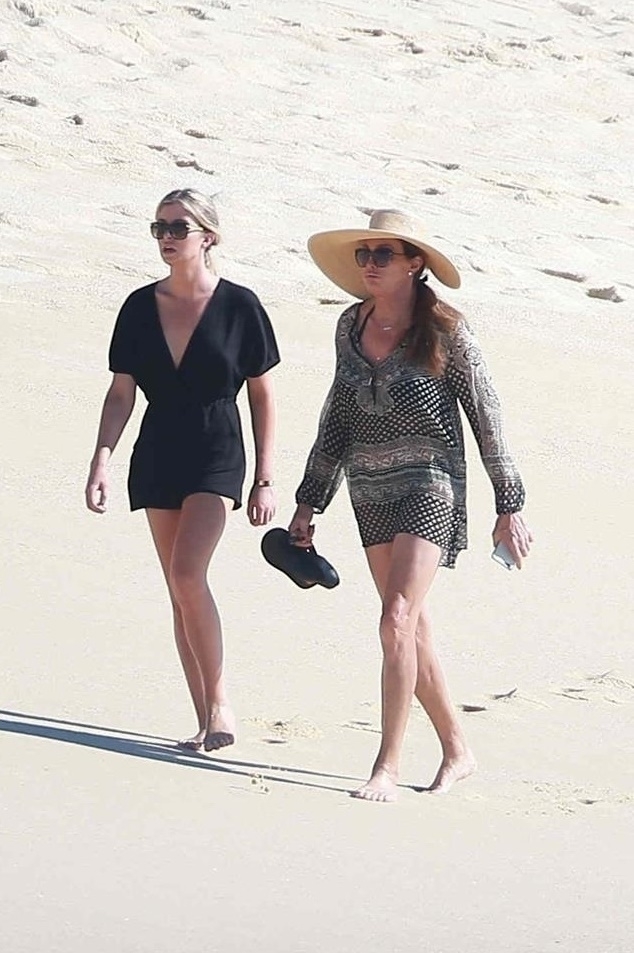 The two have been pretty coy about their status together, allowing insiders and sources to speak for them.

Caitlyn, who has six biological children, was photographed running around with her much younger gal pal in a low plunging black bathing suit. She went on to post a video from the excursion, where she said she was “fulfilling one of her life fantasies.”

Alongside the video, she wrote: “40 years ago my therapist asked me what my fantasy is. I told her walking on the beach being my authentic self and…”

“Free!” she squealed in the clip as she twirled by the waves.

As fans know, Caitlyn struggled with accepting her body both before and after her transition. On an episode of her E! docu-series, I Am Cait, she revealed her fears of showing off her figure in front of other people. “Putting on that bathing suit represents a lot to me,” she said on the show. “Kind of scary because you’re really exposing yourself.”

The two have been close for awhile. In July of last year, Sophia shared a photo of Caitlyn’s dog Bertha from her hike in the Malibu mountains.

Three months later, a photographer she had worked with posted a behind-the-scenes picture of a swimsuit shoot they had done in Caitlyn’s kitchen.

She had also been spotted dining at the Sherwood Country Club before, where Caitlyn is a member as an avid golfer.

Sophia, who lives in Malibu, didn’t hide her familiarity with her rumored girlfriend’s home when posed naked from Caitlyn’s bedroom. In a portrait posted to her own Instagram account, the bed and the furniture included in the shot were an exact match to the ones featured in the gold medalist’s 2015 house tour with Architectural Digest and were recently seen in here “home sweet home” selfie. 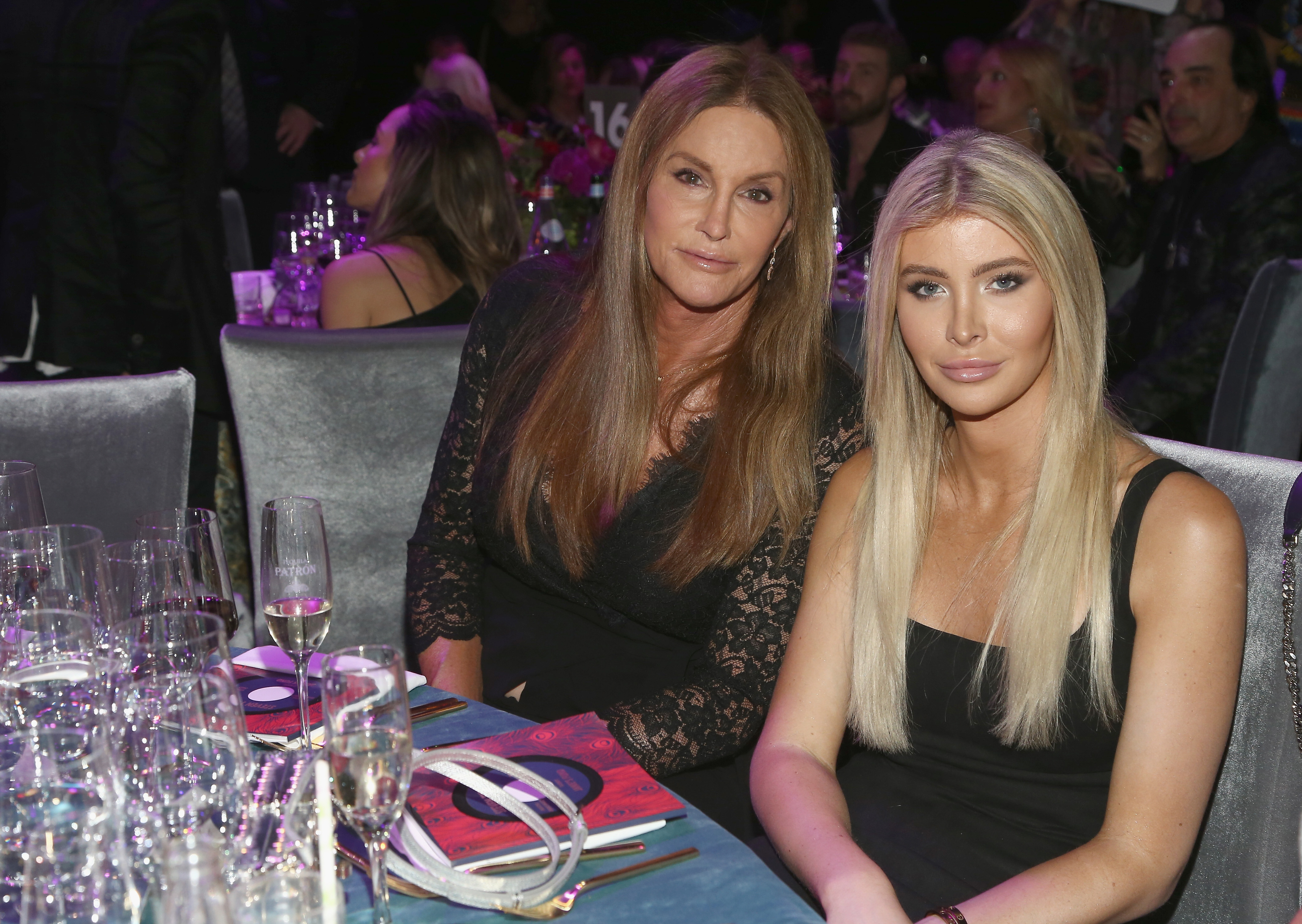 While it’s been unclear of how long Sophia and Caitlyn have been friends or how they first met, we do know that they’ve already had a pretty big impact on each other’s lives. It was Caitlyn that inspired Sophia to begin transitioning, though she had begun identifying as a woman at around 15.

“I’ve always had the question of ‘Do I want to transition from male to female?’” Sophia said in an interview at her school newspaper. “I never thought a lot about doing it until I got into college because I was able to break away from my family and started to establish my own identity.”

She also credited the reality star’s famous sit-down with Diane Sawyer, in which Caitlyn — then still going by Bruce Jenner — revealed her plans to transition. “[She] made it so much more real,” Sophia shared. “Like normal and successful people do this and people are okay when they do it.”

In 2017, one rep for Caitlyn denied any romantic entanglement, telling Gossip Cop that “Caitlyn isn’t dating anyone.”

“Sophia is a friend amongst many others,” the spokesperson said.