In October of last year, Dorit Kemsley was the victim of a home invasion. She and her children were asleep in her Encino Hills home when three people broke into her house.

Dorit was held at gunpoint for 20 minutes while the intruders ransacked her home, and she has been keeping a low profile ever since. Her husband, PK, said that his wife was extremely traumatized by the event.

He recently revealed that his wife is taking some time off to recover. 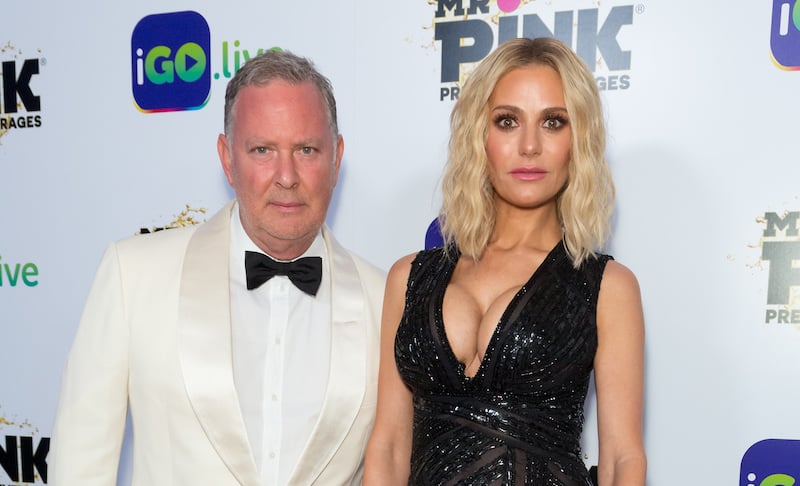 PK Kemsley has confirmed that his wife Dorit is taking some time off after the harrowing home invasion that took place in October of 2021.

The Daily Mail was the first to break the news about Dorit’s scary situation.

According to the outlet, Dorit was held at gunpoint on the evening of Wednesday, October 27 at her Encino Hills home. Both of her children were home during the burglary.

Dorit had just returned from a trip to London, where she was attending her nephew’s wedding. Three men broke into her home through the children’s classroom around 11 pm. They walked into Dorit’s bedroom, and she awoke to the robbers on her bed.

One of the men allegedly told the other to kill the RHOBH star, but luckily that was not the case. They went through the house for about 20 minutes, stealing jewelry and handbags.

The burglars did not enter the children’s rooms.

After they left, Dorit called her husband, PK, who was still in London. She is allegedly very “traumatized” by the incident, but her husband came home to be with his family.

According to The Sun, Dorit decided to go through with filming on October 28.

“She’s very shaken up and will be traumatized for a while about this but she’s trying to stay calm and strong for her kids,” a source told the outlet. “She knows they’re impacted by this too.”

“Her friends are being so supportive and helping her through this,” the source added. “PK was there for her over the phone the entire time until he was able to be with her in person.”

A spokesperson for the LAPD told The Sun, “The home invasion occurred at 10:50 pm PST Wednesday night by three male suspects.”

Luckily there were no injuries and it is unknown exactly what property was stolen, although TMZ claims it was over $100,000 worth of jewelry and handbags.

Erika Jayne, Lisa Rinna, and Kyle Richards visited Dorit at her home the morning after the break-in.

PK told The Daily Mail that the break-in came as “a real shock.”

At the time, PK did not know all of the details about the event, but was just relieved to know his family was safe.