On November 21, Todd and Julie Chrisley were sentenced to 12 years and 7 years in prison respectively. The couple was found guilty of committing fraud by the US District Court of Georgia.

After a dramatic year for the family, their fates have now been sealed. The couple still has two children that are under the age of 18, however, and they will now be living with their 25-year-old sister, Savannah. 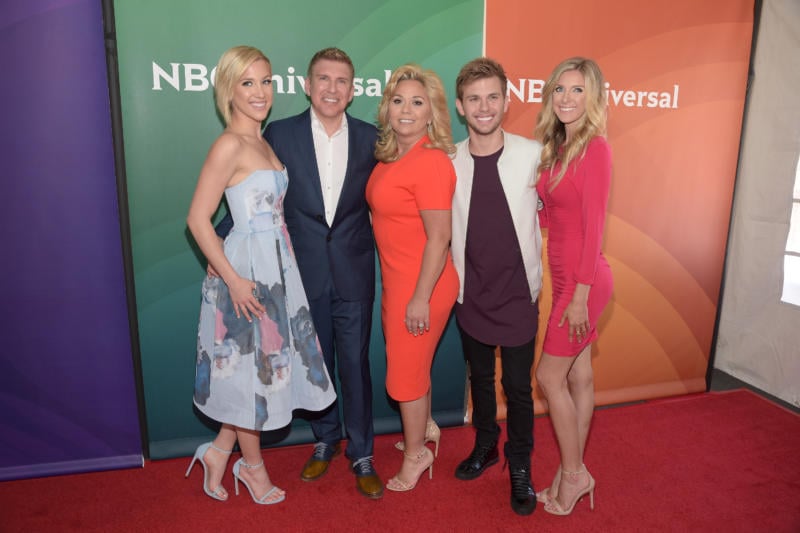 After the news broke about Todd and Julie Chrisley’s sentencing, their daughter, Savannah Chrisley, shared an interesting post on Instagram.

“Noah didn’t stop building the ark to explain himself to everyone who doubted and hated on him,” the couple’s 25-year-old daughter shared. “Keep building your ark. The rain will do the talking.”

The quote was from pastor Kimberly Jones according to Us Weekly, and was shared mere hours after her parents were sentenced to serve prison time.

To recap, Todd and Julie were found guilty of conspiracy to commit bank fraud, bank fraud, conspiracy to defraud the United States and tax fraud in June 2022. It was reported that this was a consequence of Todd submitting false documents when applying for loans, and Julie submitting false credit reports and bank statements when attempting to rent a home in California.

In other documents obtained by People, the couple filed a joint motion for a new trial back in August through their lawyers.

The motion read “the government presented and failed to correct false testimony from IRS Revenue Officer Betty Carter, who lied about the Chrisleys owing taxes or years when she knew no taxes were due.”

It continued on to say, “This testimony had the effect of falsely painting the Chrisleys as untruthful, likely to commit other forms of fraud, and evading the tax payments alleged in the indictment.”

Prosecutors asked for Todd to receive more than 22 years and Julie to serve approximately 13. Naturally, the couple’s attorney asked for a lighter sentence, according to Fox 5 Atlanta.

“We are fortunate [to] have the counsel that we have, and our family will stick together and walk this road because we know the good Lord will hold our hand and get us through,” Todd said during the trial.

The sentence was made official in the US District Court of Georgia this afternoon. Todd has been sentenced to 12 years in prison, while Julie is sentenced to 7 years. In addition, the two will have to face 16 months of probation. The couple’s accountant was also sentenced to 36 months.

The Chrisleys have two children that still live at home, however, Savannah revealed that she now has custody of her younger siblings.

“I may come home without both of my parents. That’s what the chances are,” the reality star said according to Page Six. “That’s the likelihood, and that’s my new normal. I come home Tuesday, and I have custody of a 16-year-old and a 10-year-old, and we spend our first Thanksgiving not as a family.”

She added that she’d “never been away from” her family during the holiday season. Savannah added that becoming the legal guardian to her siblings was going to be the “hardest part” of her parents’ legal battle.