We’ve been with the Vanderpump Rules kids for 8 seasons now–we’ve seen marriages and divorces, but one thing that has yet to grace our screen is a little SUR baby!

The major couples on the show have all settled down and moved into identical pre-fab houses, and it looks like one couple is more than ready to turn a guest bedroom into a nursery. Bets on if they make Lisa Vanderpump the godmother? 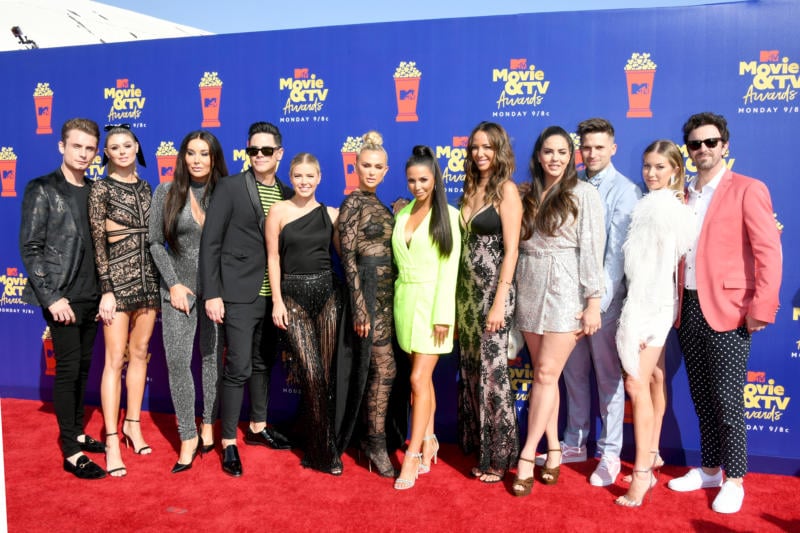 Happy Birthday @musickillskate ❤️❤️ I love you so much and I am so thankful for your friendship! You are amazing you sexy little minx!!!

Things I want to see on next season of Vanderpump Rules: drunken fights at a baby shower. Of course, the mom-to-be would be sober, but you can’t tell me that wouldn’t make for good television!

Well, we might be inching closer to that dream. This Vanderpump star has revealed her baby plans, and there is a lot to digest here.

Last time, we reported that Jax Taylor and Brittany Cartwright were baby ready, but they aren’t the ones who could have a positive pregnancy test on their hands.

Last summer, the couple got married at a castle in Versailles, Kentucky, Brittany’s home state. The princess-themed ceremony was complete with a flower wall and regal decorations. Brittany had twelve bridesmaids, which included many of her Vanderpump Rules co-stars as well as childhood friends and family.

The ceremony was officiated by Lisa’s close friend and former NSYNC member Lance Bass, and the post-reception afterparty was complete with Hooters waitresses and food, which lasted well into the night.

The wedding is sure to be a focus of the upcoming season of Vanderpump Rules, and we can’t wait to get the inside scoop on all the drama. Before the season aired, Brittany let a little info slip on how she and Jax have enjoyed married life so far.

Radar Online reported that the couple has been trying for a baby, but the pressure to conceive has really put stress on the pair.

The happiest day of my life, and you make me smile the most. ❤️ @mrjaxtaylor

It didn’t help that Faith Stowers, the woman who Jax cheated on Brittany with, is currently nine months pregnant.

Brittany has not been shy about wanting kids, and the source said they are hoping to conceive soon. “When it happens, it happens. We’re not going to be very careful. We’re gonna let it come with God’s grace, and he’ll give us a baby when it’s ready,” Brittany said in an interview with Us Weekly.

So although Jax and Brittany have not shared any baby announcement yet, we’re currently looking at Randall Emmett and Lala Kent.

In an exclusive interview with Us Weekly, Lala opened up about her relationship with Randall and his children, and why she’s excited to welcome her child to the family!